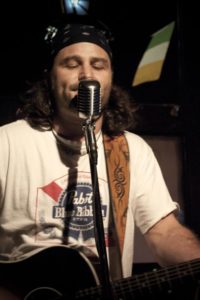 Currently we have live music every Saturday. We will be posting an events calendar soon, so stay tuned. For now feel free to read about our house act who performs every Thursday, Ryan Clifford.

After years of working the bar scene in Buffalo, New York, Ryan relocated to Chattanooga, Tennessee in 2004 and began touring with The Dave Matthews Tribute Band. In the past ten years, The DMTB has played over 1,500 shows across the U.S. and internationally. Highlights include playing with the Jacksonville (FL) and Colorado Symphony Orchestras, headlining performances at all the House of Blues venues around the country and sharing bills with Kool and The Gang, Gin Blossoms, Sly & The Family Stone, Rusted Root, Cowboy Mouth and John Brown’s Body amongst others. Ryan was also fortunate enough to be with The DMTB as they toured Europe performing for our military personnel in 2014. 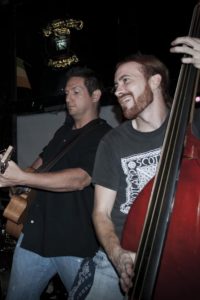 After spending some time in Auburn, Alabama, Ryan now resides in Atlanta, GA. Ryan continues to tour with The DMTB, but focus is on performing solo acoustic covers across the US. Attend a solo show and you’ll find yourself immersed in a gigantic song list attempting to pick out your very favorites for request. You’ll get some Dave Matthews Band of course, but you’ll also hear anything from Sublime to Jason Aldean to Bon Jovi to Van Morrison to Guns N Roses to The Beatles and back around again. Ryan’s solo song list spans the 60s/70s/80s/90s and now – and incorporates everything from pop/rock/country/hip-hop/comedy and Irish drinking songs.

If you would like more information about upcoming events or hosting a private event of your own here at Scruffy Murphy’s feel free to fill out our contact form.

This website uses cookies to improve your experience while you navigate through the website. Out of these, the cookies that are categorized as necessary are stored on your browser as they are essential for the working of basic functionalities of the website. We also use third-party cookies that help us analyze and understand how you use this website. These cookies will be stored in your browser only with your consent. You also have the option to opt-out of these cookies. But opting out of some of these cookies may affect your browsing experience.
Necessary Always Enabled
Necessary cookies are absolutely essential for the website to function properly. This category only includes cookies that ensures basic functionalities and security features of the website. These cookies do not store any personal information.
Non-necessary
Any cookies that may not be particularly necessary for the website to function and is used specifically to collect user personal data via analytics, ads, other embedded contents are termed as non-necessary cookies. It is mandatory to procure user consent prior to running these cookies on your website.
SAVE & ACCEPT